Moving to New York City: From Vogue Magazine in Brazil to Instagraming the streets of the Big Apple. 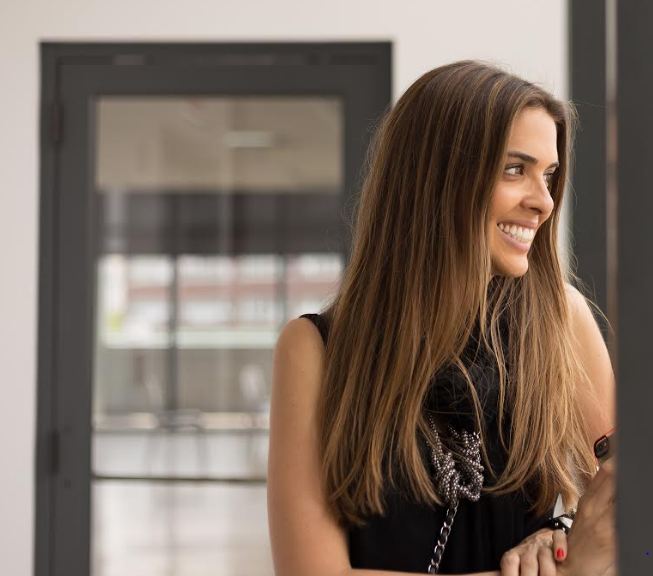 I am Brazilian and have lived in Brazil my whole life but I’ve always had an indescribable passion and curiosity for New York. I have traveled there frequently, always uncovering and documenting the best hidden spots and events. The city is just so dynamic, alive, full of novelties, so multi-cultural, beautiful, with an intense energy… the list can go on forever.

Initially I wanted to move there right after college. I had plans to do so, but then you start working, having serious relationships… and suddenly BOOM!…you’re in your 30’s and still back home in Brazil. Bummer.

I desperately tried (and when I say this, I mean it to the extreme) to move to NYC in 2011. I spent an entire year sending emails, spending hours on LinkedIn, researching every single MBA and 1-year-course at multiple schools in the most diverse fields that I was interested in, conducting crazy hours of Skype interviews, reaching out for contacts through friends living in NY, etc. It was c-r-a-z-y, and exhausting!

Conclusion: Nothing worked. Something wasn’t quite right during the interviews, I missed the course’s application deadlines (so would have to wait another year to apply), LinkedIn contacts simply faded away… I was devastated and began to doubt myself.

Moving to New York City was something so many of my friends and peers had done. Why couldn’t I move too?

Years later, in April of 2014 during the Easter holiday, I decided to visit NYC for 4 days with my sister.

Just days before this short trip, I was researching some of the “hidden spots” we planned to visit and I decided to create an Instagram account and document the places while we were visiting. So that’s what I did. 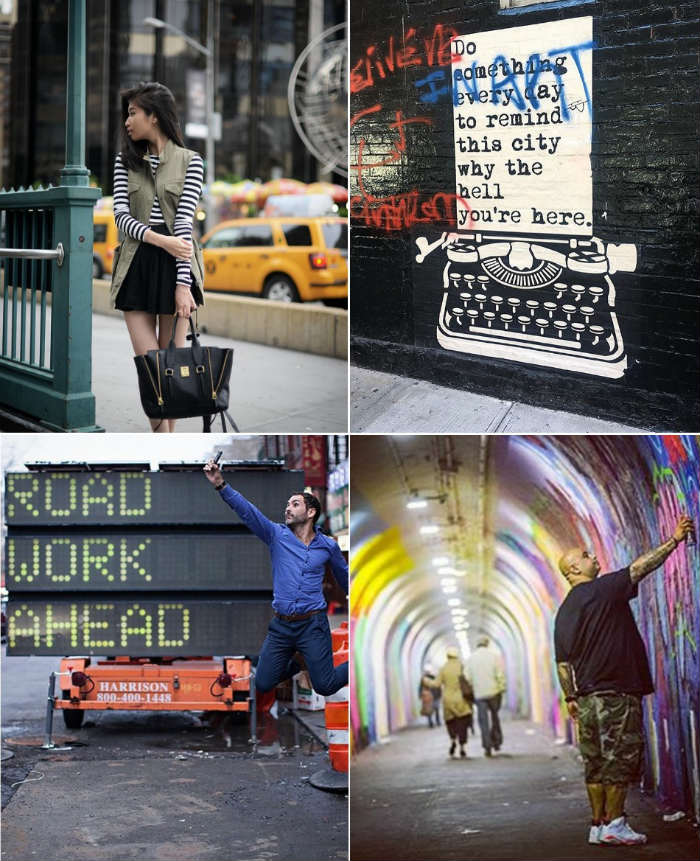 In the middle of a random conversation while in Williamsburg on that trip , I interrupted my sister and said “You know what? In 1 year, I’ll be living here in NY. Write that down.” Obviously she looked stunned and asked “How?!” I had no idea, but I just knew I would make it happen because I could visualize it.

After a while working on the Instagram and back in Brazil, an actual New Yorker, a woman in her 40’s sent me a message saying: “Hi there! I was born in NYC, have lived here my whole life, and hadn’t heard about this restaurant. I went to it last night, and simply loved it! Thank you for the tip!”… I thought: “WOW! I’m in Brazil, in my room, giving tips to New Yorkers which are actually enjoying them…and thanking me!!! I must be doing something right…”

Every time I posted,  I could see myself in New York. I started thinking about the concept of what I wanted to write about, why it would be so unique and what I wanted to create…and really, out of nowhere, the name just struck me: Behind the Scenes NYC.

With the name in mind, I made the decision right then and there to really take this seriously.

Moving to New York had to happen.

The name Behind the Scenes NYC couldn’t be more perfect for what I wanted to do. I planned to write about the best hidden spots in New York City that were far away from the crazy, touristy area, teach people that New York is definitely not only synonymous with Manhattan, talk about Upstate spots and engage with the local community.

At the time, I had a large group of friends living in NYC, so I reached out to all of them, told about my new project and asked them to be my curious “eyes” in the city (until I was able to move)… and work with me during their free time, feeding me with the best, updated places, events, secrets… while I was starting Behind the Scenes NYC from back home.

I learned that one of the best ways to start something new is to reach out to your own group of friends, family, acquaintances, etc and leverage their expertise and insight. 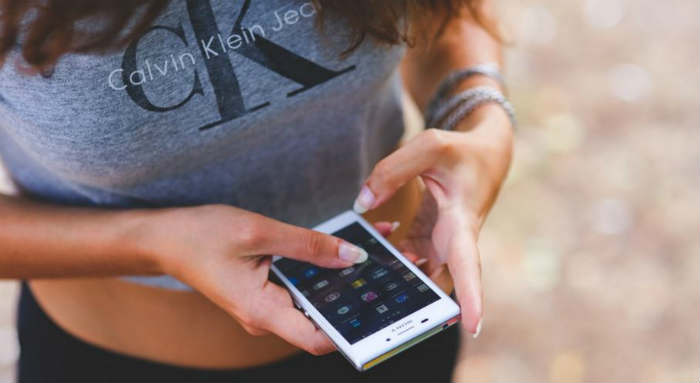 So, for a full year, I barely slept and worked my ass off… but I felt so happy and certain I was would move to NY in 1 year.

Persistence, the desire to create something new and the certainty that what I was doing could benefit millions of people, gave me the strength and focus to carry on. I learned that if you work on an egocentric project that benefits only you or the focus is only money, the chances of it working are practically ZERO.

In September 2014 I returned to NYC. I got off the plane and went directly to my first meeting with my (future) lawyer to talk about the work visa I desperately wanted (and needed in order to move to NYC).

I talked a bit about my career — 2 years at 2 different import/export companies, 3 years in marketing at Kimberly Clark, 3 years as an executive producer at Vogue Magazine Brazil , 2 years leading a global concierge startup called Quintessentially, and last, before moving to New York, as a Tenant Mix Manager at the biggest and most renowned luxury shopping center group, called Iguatemi (Jereissati Group).

I told my lawyer: “I want a work visa, to work for any industry and company that wants to hire me in New York and legally earn money, declaring all my taxes”. You might be laughing now, right? Well, he did too of course (and every single person whom I told this too). He replied: “Every person coming to NY would love a Visa to work for any company and declare taxes accordingly.” I simply said: “Don’t laugh. I’m positive we’ll get it.”

Want to know how to move to New York City or accomplish something you’ve always wanted?

Let me tell you this… you don’t always need to know “how” you’re going to do it, you just need to know “what” you want to do. That has to be clear in your mind. The “how” will come to you through the most unexpected places and events… trust me.

So, after going over all the different types of Visas I could apply for, we found the perfect. I started working on it in October 2014. Then I had a sudden health issue which put it on hold for almost 50 days – I was home for 50 days, not even going to work, so everything was on hold. Curiously, I didn’t freak out… I just kept thinking of all I had to do for my visa paperwork when I got better and how life would be amazing when I finally moved to New York. 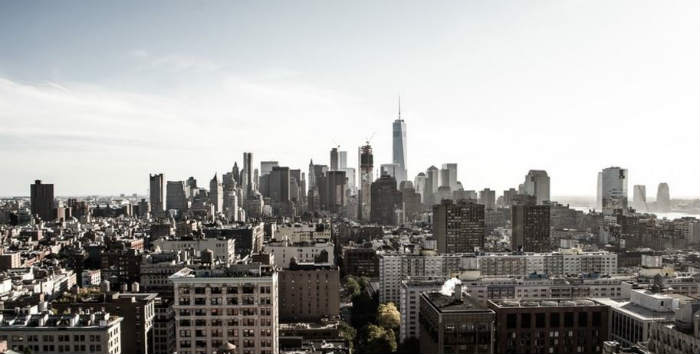 Then, on January 5th, 2015 I got back on it and back to my job. I handed all the paper work in the beginning of February.

During this time, I was also preparing myself for the final move to NYC – talking to people and companies I wanted to work with, organizing my entire monthly budget to understand how much I would “cost” in NY, looking for apartments I wanted to visit as soon as I landed, asking for contacts of accountants, making up my mind on which bank I would use and every other detail involved in moving. It was all planned before I even left Brazil.

Just wanting to move to New York City is not enough. It is a very, VERY competitive city, so you have to be 100% prepared.

Around January 7th, I had already decided to buy my one-way ticket to NYC. “April 19th, to arrive there April 20th” just popped into my head and yes…I purchased it before even finishing up the petition for my lawyers to review and then submit to the USCIS (United States Citizenship and Immigration Services).

When I handed all my paperwork in the beginning of February and told my lawyer that I had already a date of “departure,” she explained that earliest that I’d be in NY would be around June/July, due to how the process works.

I simply told her: “Don’t worry, it’ll all work out, because I’m leaving Brazil on April 19th. I need to be there by the 20th.”

Guess what!? 780 pages later, my petition was submitted and my approval came in only 10 days, instead of the default 60!

I had 2 big dreams in life: Working at Iguatemi with Erika Jereissati and living in NYC. After 3 years, my Iguatemi “era” had come to an end, so now, I was ready for NEW YORK CITY!

Wanna know the most amazing thing? The day that I had told my sister that I would move to NYC in 1 year… that was April 20th, 2014 – I saw this because of the Facebook memories! So, I literally moved 365 days after saying I would. The power of words! I really believe in this…

It’s a combo: thoughts, words and actions. They don’t work separately. What you think, is what you say, is what you do. In every aspect in life.

Now, being a “New Yorker by choice,” things are clearly easier for me (work wise) and our team of contributors continues to grow and grow!

We launched our website a few months ago, which has become a beautiful database of the best places, brands and events in NY, with a unique curation. It’s pretty new, but we’re sure it’s going to be huge! We also working with some large corporate companies to host their executives and offer a range of offline services for people that visit and for companies sending employees to NY.

As we say: “We’re uncovering New York, strengthening the local community and disrupting the status quo of New York’s tourism far from the touristy scene.”

Founder of Behind the Scenes NYC and Freelance in Marketing, Social Media, Executive Production and Events.