I do all of my most introspective thinking in the shower; I remember in college when I’d inevitably have 3 a.m. writer’s block hours before a paper deadline, I’d take a twenty minute shower and I’d have a burst of inspiration (I accept that I’m opening myself up to masturbation jokes here but whatever).  When I feel shitty or am in a terrible mood, standing under a stream of hot water for half an hour is an effective, healthier and less disruptive alternative than downing six shots of whiskey and ripping through Marlboros (which for my money can remedy nearly any mental tribulation).  I’m standing up (i.e. not in danger of passing out), external noises are drowned out, and there’s nothing to look at; my surroundings are devoid of any distraction.  It’s one of the few times that I am able to clear my head. 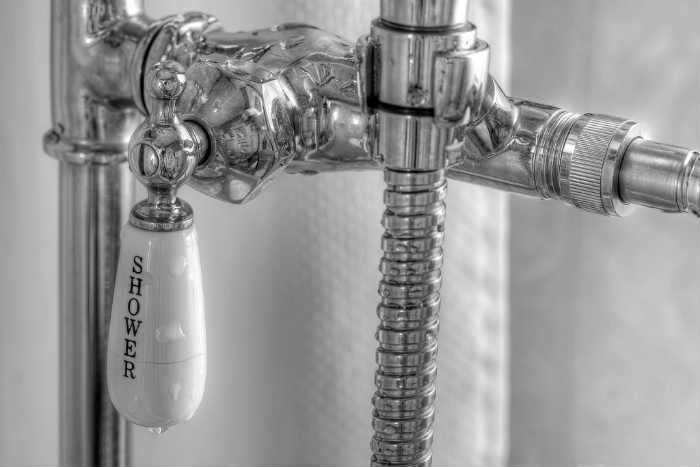 When I came across a life hack that was supposed to improve circulation, combat depression, strengthen immunity, increase testosterone, and increase energy, I was interested until I found out I would have to give up my hot shower meditation hour.

The routine is simple: get in, turn the water to frigid, and let the shrinkage commence.  Do this for 30 days, try to stay in for at least five minutes, and see how you feel.

I drink too much, too often, and in return for my loyalty to the gods of Bourbon County I’ve been “blessed” with hangovers that rival childbirth and dismemberment on the pain scale.  We’re talking 48 hour ordeals of the deepest parts of hell.  So Sunday night when I began this challenge, I was shooting par for the hangover course:  vertigo, nausea, and worst of all, severe anxiety; Sunday nights are typically sleepless bouts of worrying about getting fired Monday morning for being such a delinquent all weekend.  It seemed like the perfect night to push a cold shower off until another perfect night, but after an extensive and well argued inner debate, I finally cajoled myself into hopping into the shower and giving the faucet a quarter turn, about 180 degrees (incidentally this applies to both the rotation of the faucet and the temperature of the water) shy of my preferred temperature of about 200 degrees.

As my booze-ravaged body realized what was happening, I became less aware of my hangover and more aware of what I thought were razor blades running across my skin.

It was awful.  I’ve never been exposed to sarin gas, but I imagine I would’ve been shaking less had it been pouring through the shower head instead of what I’m pretty sure was liquid nitrogen.

All I could think was: “why in the actual fuck am I doing this again?”

Standing there cross-armed, totally miserable, I turned around in circles to let the ice water hit every part of me, so I couldn’t accuse myself of half-assing it.  As I try to determine whether I’m actually seeing my breath or if I’m just hallucinating, I realize that I’m getting mildly accustomed to it.  It’s not terrible; obviously it’s no bubble bath with Kate Beckinsale, but it’s manageable.  No longer trembling (which might have just been the onset of hypothermia), I rinse off, stand there for another 30 seconds just to get my money’s worth, and turn it off.

I did it.  That was pretty terrible, but afterward I felt amazing… like more awake… the kind of feeling you get after chugging a bunch of whiskey or putting a cigarette out on your arm.  Man-things.

As I dried off, I felt accomplished and proud of myself for having done it.  It’s kind of like doing squats in the gym if you have an aversion to leg day: the first day, it’s fucking terrible, and then you slowly get used to it, and then you’re stoked just to have the opportunity to do an exercise where you can put up a shit ton of weight on your shoulders and push it to the sky.  That’s what a cold shower is like.

After the first day, I expected freezing my balls off on a daily basis to get less painful.  I was wrong.  About a week into the challenge, I realized for the first time that my hands had lost all color and my palms were turning slightly blue.  But I wasn’t any less uncomfortable than when I had begun. 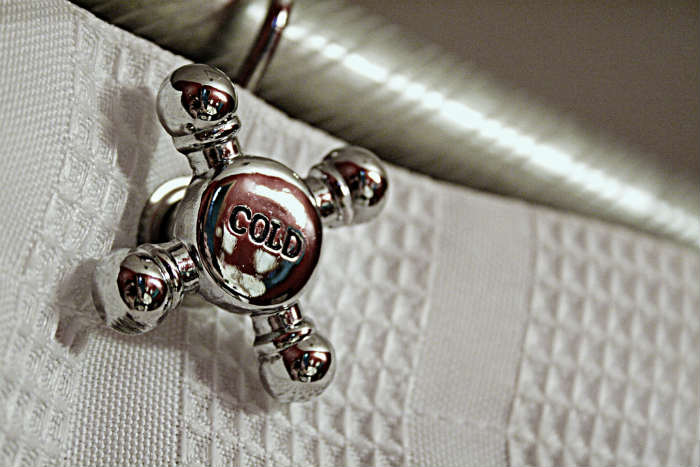 That said, I ended up taking cold showers for around 6 weeks because as terrible as the cold was, I can’t overstate how much better I felt after taking one.  My shower time is usually spent in contemplation, thinking about how the day went and how I need tomorrow to go.  This is why it generally takes 10-20 minutes; I’ve got a lot to think about as I tend to be a bit of a compulsive worrier.  Sure, getting out of a sauna-shower I feel a bit refreshed, water has that effect on people.

But the effect is so much different with a cold shower; you’re spending 5 minutes thinking about how fucking miserable this cold fucking water is; in truth, it’s the only time of day I’m not thinking about work or relationships or global warming or what have you.  While the water is freezing, you’re too uncomfortable to obsess over minutia and too busy trying to keep your blood flowing.  And when you get out of the shower, your problems aren’t waiting for you in the land of the warm: like a strained muscle, the ice water makes the swelling go down and they feel more manageable.  If you could force yourself into dealing with an ice shower, you think, you can face the problems coming up and forget about those looming over you.

Life is pretty easy for us.  We don’t really have to worry about getting killed in our sleep by predators, or getting dysentery on the Oregon Trail, or having to chase herds of buffalo to feed our families.  In turn, a lot of us have never really had to develop mental toughness, the quality of being able to roll with the punches or the ability to deal with being out of our element.  Forcing yourself to take a cold shower is you making a conscious decision to push yourself outside of your comfort zone and into a situation that you are totally able to manipulate but decline to do so.

And after a month of doing this, I can say with certainty that the water does not get more comfortable.  You don’t get to a point where cold water is refreshing (I did this in November/December in Chicago, so it’s not like I was seeking refreshment from sweltering heat); on day 30 your junk still shrivels and your hands still turn blue just like they did on the first day.  There is one difference:  getting in isn’t nearly the struggle it once was.  You learn to deal with being uncomfortable and being cold.  And you’ll notice it in other aspects of your life: cold weather doesn’t kill your vibe like it once did, minutia at work don’t keep you awake at night.  You don’t sweat the small stuff as much, awkward small talk seems less stressful, and deadlines don’t appear as ominous as before.

So force yourself outside of your comfort zone, if only once in awhile… because comfort is not guaranteed throughout life.  Get used to being uncomfortable and you’ll be better equipped to handle it when it happens.