Everyone wishes they were part of the founding team of a unicorn startup like Uber, Snapchat, or Genius. Those chances have already passed, but…

How can you make sure to hop on the next up-and-coming $1 billion valuation unicorn?

People will tell you that you need to drop out of an Ivy league school like Stanford or be a brilliant coder to even have a chance – but there is another way.

I was fortunate enough to be the sixth person to join Everipedia, the fastest growing wiki site on the planet. Everipedia is home to many amazing people, both technical and non-technical.

Our co-founders include CEO Sam Kazemian – the next Zuckerberg, Genius founder Mahbod Moghadam who’s already got a unicorn in the stable, Travis Moore – a programming wizard who turned $2,000 into $600,000 through trading options, Christian Deciga – a brilliant coder and growth hacker who can easily draw in tens of thousands of views each day, and George Beall, who sold his first start-up before even turning 19.

However, unlike your stereotypical co-founder, I joined Everipedia from London, Ontario, a small college town in Canada thousands of miles away from the Silicon Valley.

And, you can too!

Here are five steps to help you join the next unicorn. 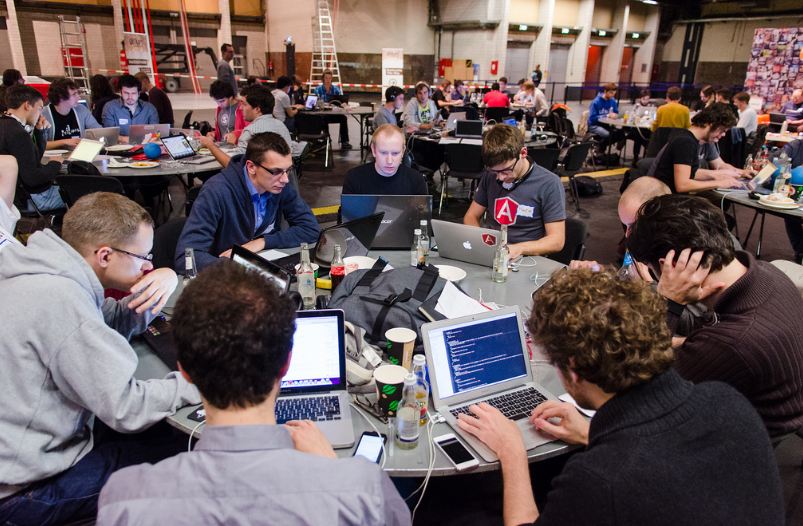 Step 1: Align with your passion

The first step is to find a start-up you’re passionate about. A smart founders will only allow you to join if they can see you share their passion and vision. Passion is something that’s impossible to fake – you either see the vision or you don’t. You’ll know you found the right startup if you can’t stop thinking and talking about it.

Make sure to contact one of the founders at the startup you want to join. Initially, I messaged Mahbod Moghadam about how I wanted to get involved after he tweeted that Everipedia would make a great summer project.

It was clear to Mahbod that I shared his passion because I was willing to spend hours on the site, even before being given a position.

The best way to show your passion is to use the product as much as you can. When I first signed up for an Everipedia account and told Mahbod I wanted to be a founder, he told me I needed to use the site first. From that conversation, I made sure to be the top new user with the highest IQ score of all new users.

A lot of people will say passion is the end-all-be-all and what is solely important, but that’s only the first step – what really sets you apart is your reliability and discipline. I’ve seen countless people join a startup with delusions of grandeur but they quickly lose interest when they need to actually do work.

The best way to show your reliability is to go out of the way to excel in each of goals the founders give you. If Mahbod set my goal as bringing 1,000 views to a page, I’d make sure to bring 2,000. Even if you struggle, the most important thing at this stage is to keep going.

Once you’ve made a good impression on the first founder and gained their trust, they will likely introduce you to the rest of the team.

This point is crucial since the first founder is sticking their neck out by introducing you to everyone else. This is your time to shine and show him or her that they were right in choosing you. The key here is to keep working hard and surpass the goals set for you.

At this stage it will be clear if you’re a good fit for the team. Unlike at a big corporate office where you don’t necessarily have to like your co-workers, at a startup, your life revolves around your work and your team – you will sometimes eat, sleep, and work in the same house as your team, so it’s important that you get along.

Thanks to the internet, it’s easy to become part of the team and get in on the jokes even if you live in a different country. As long as you put in the hours and open up to the team, you can become become both friends and co-workers – it doesn’t matter where you live.

Once you’ve become part of the team and continue to work hard, it’s time to become an owner. Even at the hottest startup, it’s hard to find people who are both passionate and reliable but if you’ve proven yourself, you can become an owner by letting it happen naturally. You don’t have to worry about it being as tense as a negotiation like arguing over a bonus at a trading firm. By the time you become an owner, the team should feel like you’re family.

Now that you’re part of the team, just keep grinding until you grow that horn. #Grindmode

Navin Vethanayagam is an Executive Editor and member of the founding team at Everipedia. He is also a student at Ivey Business School.