If You are “Doing Entrepreneurship,” You Should Stop

Below is a RANT I wrote. Unfortunately it was read by more people than I bargained for. So let me preface it with some (perhaps more thoughtful) words.

I spend a lot of my time preaching entrepreneurship. I helped start a co-working space called The POPSHOP with some of my best friends. Our purpose was to help Cornellians find opportunities at startups and to help them make things.

I think that entrepreneurship is the key to innovation, without entrepreneurs we would not move forward as a society. I want the world to be full of high quality entrepreneurs, in fact, my business relies on it.

But a serious problem arrises when we begin forgetting that entrepreneurship is a means to an end—and not an end in itself. Starting a business is a way to solve a problem—but sometimes we focus too much on the “starting a business” part and not enough on the “solving a problem” part.

Entrepreneurs forget to operate their businesses and spend too much of their time hanging out at Meetups.

Institutions such as General Assembly, or events like Hackathons, are incredibly important and useful in teaching people how to solve the problems they see in the world. But when the word “entrepreneurship” gets manufactured/gets forced, it becomes perverted and difficult to bear. When people become self enthralled and convinced they are the most important humans to walk the earth (because they are calling themselves entrepreneurs), we have reached a problematic time.

So “entrepreneurship” in its original purpose is great—but in preaching it as an end, we are doing it a disservice. It’s an approach—let’s remember that. 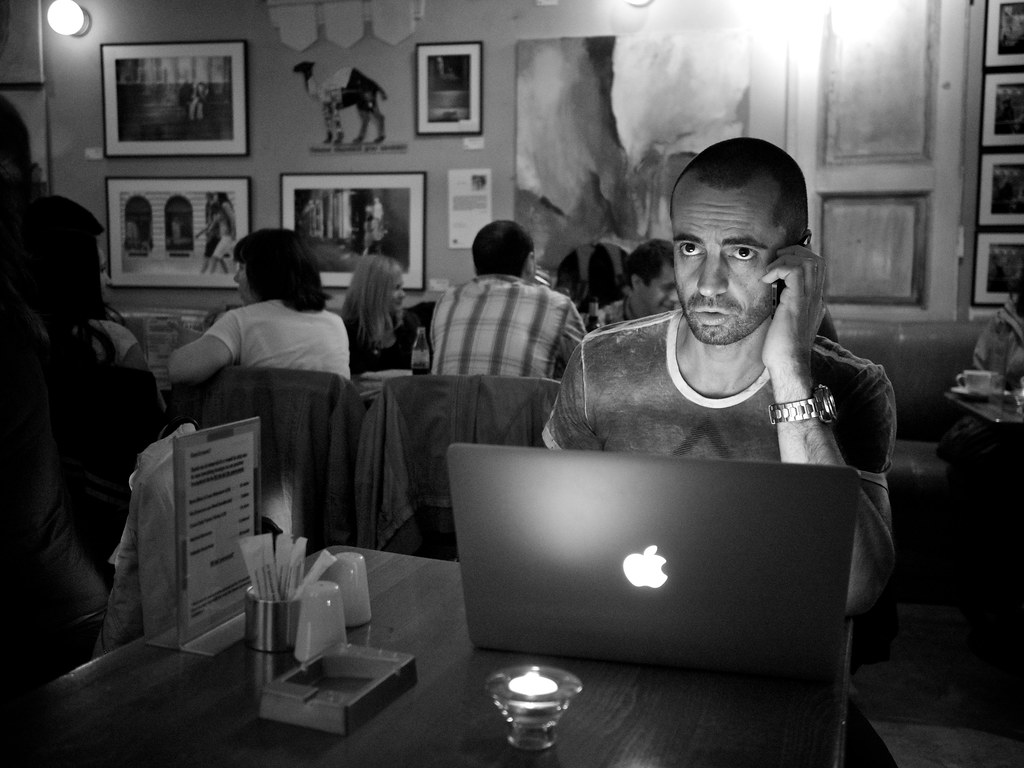 AND SO HERE GOES MY RANT

I am tired of the word “entrepreneurship.” That might sound weird—but I am. The problem, I think, is that entrepreneurship went from being a means to an end, to an end in itself.

People used to see a problem in the world, and realize that founding a startup would be the best way to solve that problem. Now graduates want to run a startup, and then look for a problem to solve, which is ass-backwards.

Oftentimes, the best founders stumble into being an entrepreneur because they realize that what they’ve been trying to do has already actually been formalized for them via a startup, and that the entrepreneurial community can help support their dreams, and guide them.

But when I ask someone what they do, and they tell me they “do startups” a little piece of me dies inside.

Sometimes I do that by accident, myself! I screw up!

I fall into that trap too when I get lazy, and I don’t want to explain myself. People accept the answer and move on. But from now on, my answer will be “I invest in Internet companies by building their software in exchange for equity.”

I don’t do it because I wanted to run a startup—hell I woulda done finance if I liked it better—but I did it because I was convinced that I saw a problem no one was solving. I became obsessed with solving that problem.

I have the same issue with people who tell me “they want to be a senator.” I’d much rather hear them tell me they want to make America better, or fight for an issue, and the best way to do so would be to hold a position in office.

Titles or social structures ought to serve as vehicles, not goals.

There are many institutions that teach entrepreneurship—that help people take their ideas and build them. I think that’s fine—they are positive pieces of the community, but convincing people to be entrepreneurs is not the right thing to do. It’s the reason we see so many bad ideas.

So stop doing entrepreneurship. Start pursuing whatever your dream is. If founding a startup is the best way to pursue that dream, solve that problem you’re obsessed with or reach your end game—fine. But don’t be “an entrepreneur” and then look for a problem.

previous post
Turn Off Your Phone, Ignore That Email, and Enjoy the Moment
next post
Invest in Life Experiences

An interview with writer and podcaster Case Kenny

This Healthy Side Project Made Her Millions… Accidentally

18 of the most ridiculous startup ideas that eventually became successful